Welcome to a participatory experiment  and a unique «postal» exhibition of Photography.

The colorful mixture of the Pueblo Indians is one of the oldest cultures in the American Continent. All pueblos, doted in the vast emptiness of what is today called New Mexico, still preserve their original culture, religion and language.

Pueblo Indian villages have remained on the same place since they were first inhabited and are supposed to be some the oldest settlements of the Americas.

The pueblo people are  “a country within a country” and all of them are proud of their unique heritage, history, language and culture, which is celebrated during various feast days and ceremonies every day of the year.

Please browse through the women who participated to learn more about them and their homeland.

Now their pictures travel over the Atlantic and land exactly at your doorstep.

To see the actual exhibition and receive a printed compilation of the photos please send us your name and postal address by email to amaka.arte@gmail.com

Then, on your mail you will find further instructions on how you will be able to send your message back to the women who participated and start a dialogue.

When the experiment is over we will showcase all photos and answers on this page and we shall go forward organizing a zoom conference with the artists, activists and academics around the notion of homeland/ space and personal expression. 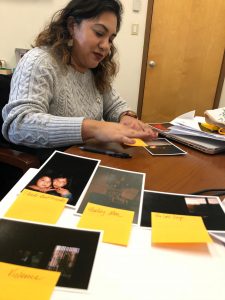 Rachael Lorenzo (Mescalero Apache/Laguna Pueblo/Xicana) is a queer parent of two and lives in Albuquerque, New Mexico. They were born in Las Cruces, New Mexico to young parents and were raised on their father’s ancestral land in Laguna, New Mexico. Rachael graduated with a BA in political science and a Masters in public administration, focusing on public health; both degrees are from the University of New Mexico. Rachael studied political campaigns, participated in policy analyses, and has been consulted for their expertise in public health policies that could impact Indigenous communities. Rachael was not only raised on traditional values but also on politics. Throughout their academic career, Rachael volunteered for political campaigns, ranging from city council elections to presidential campaigns. Rachael was selected as a fellow for President Barack Obama’s 2012 reelection campaign, Obama For America (OFA). Currently, Rachael is not only part of Indigenous Women Rising but also serves as an appointee: Assistant Commissioner of Engagement and Tribal Liaison at the New Mexico State Land Office, under the first Latina and woman to serve as Land Commissioner, Stephanie Garcia Richard. 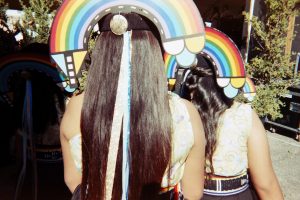 Mallery Quetawki is a mother of two and a member of Zuni Pueblo.  She received her bachelor’s degree in Biology with a minor in Art Studio from the University of New Mexico in 2009.  Mallery is currently the Artist-in-Residence with the Community Environmental Health Program (CEHP) at the University of New Mexico-College of Pharmacy.  Mallery has created culturally relatable art to translate scientific ideas, health impacts and research on abandoned uranium mines that are currently undergoing study in several Indigenous communities.  Her work ranges from acrylic paintings, painted wooden crafts, pottery, greeting cards and coloring books.  Mallery’s work is influenced by her traditional Zuni upbringing and indigenous ways of knowing.  She continues to carry on her cultural obligations as traditionally as modernly possible. 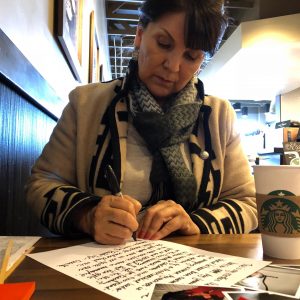 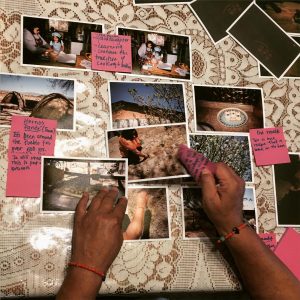 I am a person that grew up in Ohkay Owingeh and I am very proud of my community and I have taken on the skill that I mastered at a young age and I have continue to teach and educate people throughout the world and the younger generations how to bake, farm, and cook with what we grow,  with what we have always grown. That s why I feel I have to keep on the legacy of the pueblo people through food.

OHKAY OWINGEH  /the place of the strong people 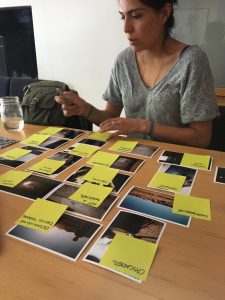 My name is Tasha Nelson and I am a Tewa woman from the Pueblo of Santa Clara (Tewa is a particular type of Pueblo person).  I am hoping that my photos represent my experiences as an indigenous person who grew up in the desert and valley areas of Northern New Mexico as well as in the urban world of the United States.  Pueblo life encompasses many things that are beautiful and simple.  We make pottery from clay gathered in the canyons; respect the land and rivers by utilizing only what we need, and hold values of our ancestors whilst balancing the demands of dominant society.  My tribal people are matrilineal by nature, which is why I find it important to combat the harsh narratives of dominant society, particularly those that view indigenous women as violable, by forging my identity and finding strength in my experiences that make me a Tewa woman.

Schools in the pueblo:  1 day school 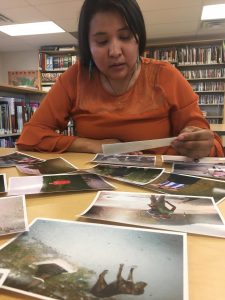 Guuwah Dzi, hobaah, duu shin’no meh Hiiwaist’a Huwaku Hanu, my name is Tracey Charlie, from the Pueblo of Acoma, known to many as “Sky City,” or in our Keres language “Aku.” My community is located west of Albuquerque and is one of the 19 federally recognized Pueblos in the state of New Mexico.

My parents are Kimberly & the late Ernest Charlie.  I am the second oldest daughter out of four girls and a mother of a 10-year-old son named Antonio.  I am currently the Education/Library Manager for the San Felipe Pueblo.  I previously worked for the Pueblo of Acoma at the Acoma Learning Center as the Director. I graduated from New Mexico State University in Creative Media Technology.

I fell in love with photography at a young age, and I was fascinated with the idea of capturing memories that would last a lifetime. Photos genuinely can tell 1,000 stories or more. The Buffalo Fire Women Project allowed us to be apart of the movement that gave a voice to Pueblo women. We expressed and told our stories through photos of our ancestry, culture, and tradition as indigenous women. Storytelling has been apart of our inheritance that has allowed us to continue to teach future generations. Movements such as these enable the world to see life through our eyes. 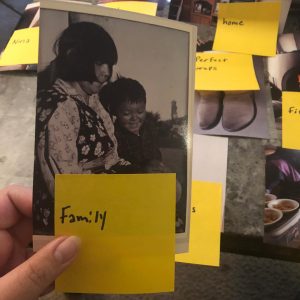 Family Status:  In a domestic partnership

Jennifer is a community organizer, and scholar. She has been active in traditional participation since birth and comes from a family with roots in San Ildefonso as well as Zia Pueblo. Her family on her maternal side are well-known potters, Including Dora Tse-Pe (Grandmother), and Candelaria Gachupin (Great Grandmother).  Jennifer has made a name for herself as an activist with her participation in the UNM Kiva Club and Native liberation organization. Some of the campaigns Jennifer was involved in made National headlines, such as the campaign to Remove UNM’s Racist seal, and The Abolishment of The Santa Fe Entrada. Both of which have accomplished meaningful victories.  After graduating this past May with a BA in Native American Studies And American Studies, she continues in the American Studies PhD program at UNM.  Jennifer has done many public talks and has several articles published with The Red Nation, The Funambulist magazine, and Indigenous Goddess Gang Magazine.  It is Jennifer’s dream to return to her Pueblo and continue organizing, learning, and sharing knowledge with her people.

SAN IDELFONSO   Poe-Wo-Geh Owingeh / where the water cuts through /

Schools in the pueblo: Sunday school