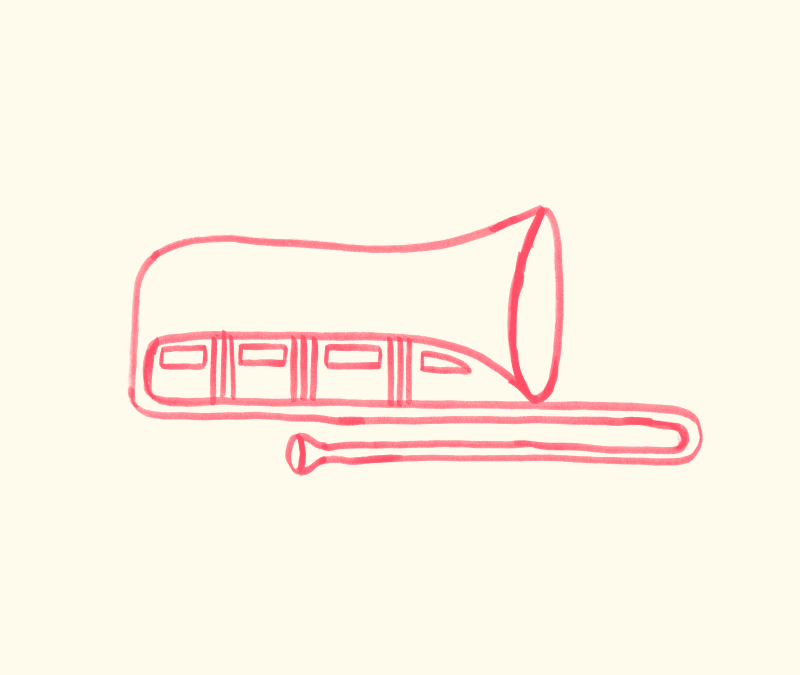 Nine artistic workshops operated on a weekly basis for six months during the 2016-2017 season and finally showcased their work in the first mind the fact festival in different venues of downtown Athens, from 26 until 29 May 2017.

The central concept for the curation of the festival was to create an artistic micro-cosmos in the centre of the city. We tried to recreate a miniature of society along an 800-metre axis; from the junction of Peiraios and Ermou streets, across the pedestrian zone of Kerameikos,, through the City Hall to Pesmatzoglou arcade. The program was shaped in a way that made all events situated within a 10-minute walk radius. The spectators- if they wished- could attend all events, which were programmed in sequence.
Mind the fact was first introduced to the public with the Nice to Meet You! events on 5-7 May and on 19-22 May. The participants together with the collaborating artists presented a series of innovative activities and events in different areas of the city. They invited the public to meet the people of mind the fact and they invited the community and the passer-bys to the festival.
The 80 protagonists of their real stories collaborated with 43 professional artists, 21 theatre technicians, 28 volunteers and 5 production assistants. The total team of mind the fact was up to 202 people. The theatre performances were completely full, with an audience of 2200 people. Total number of visitors was approx 5000 and entry to all events was free.

Nice to Meet You! events:  A game, a smile and a joke in our “shared” language bring us together.

The main program of the festival was paired with carefully curated events (performances, live music, exhibitions, installations) by collaborators of mind the fact from Greece and abroad.

Young Refugees document their journey through art and reconstruct their itinerary to Greece through the lens of their beliefs, experiences and images. Multimedia works, fine art and original painting and sculpture, as well as video and animation form a unique exhibition and bring the visitors close to the changing realiy of the refugees. The exhibition is a joint artistic collaboration of Art Emergency and mind the fact and it showcased a choice of artworks from all the workshops in Attica, Epirus and the islands under the subject My Journey.

An interactive technology installation, a musical soundtrack created by the voices of the people living in the city — testimonials by the homeless, the refugees, the ex-gambling addicts. Stories woven by creating a narrative that travels us to all different neighborhoods, presenting different portraits.

The recordings were made in the workshops of mind the fact.

A unique journey. Musicians meet by chance in the same line, in the same wagon, gradually, The tram goes to its usual route but a surprise awaits the passengers. A band takes over the tram line and offers an unusual trip full of experimental sounds and different combinations.

9 months – 9 artistic workshops. The photographer Elina Yiounanli  captured the process of the workshops and the rehearsals and she documented each group. The result: moments of the mind the fact meetings as seen through the camera lens were exhibited in Syntagma Metro Station.

A different performance approach as part of an intergenerational accountability regarding the topic of debt, directed by Helena Waldmann with the participations of residents of Athens.

The festival invites the audience to interact with a special and often difficult part of the reality. We want to intrigue the people who take part in the workshops. To awaken their sense of humour and their enthusiasm.

The main imperative  mind the fact is to turn our gaze to the other, “mess with the stereotypes” -Ioanna says later on-  especially at a time of xenophobia, introversion, and prejudice. People are just there, being themselves. You get to know them, see them, they tell their story and the connection is instant. This connection cannot be found every day and you don’t look for it since there are people you would talk to in the streets either because you don’t want to or because it just did not happen. The immediate connection make the festival special.

“Mind the fact  turns our gaze to the Other”. Sofia Kanellopoulou clickatlife.gr

We want to generate the notion that mind the fact is not just another festival to watch but rather an experience. A four-day experience to carry along for some time later.

What differentiates mind the fact from the pile of festivals in the city? -It turns our gaze to the Other, highlighting true stories with protagonists the people who have experienced them. It brings the real stories to the foreground. We may have heard them in the news, some others have never been revealed…

“True stories by people who have experienced them”, Yiota Sykka, Kathimerini newspaper 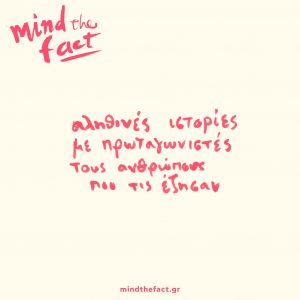 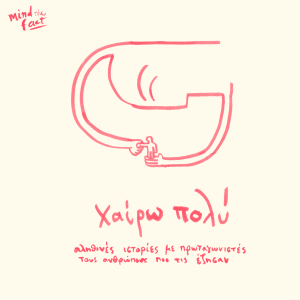 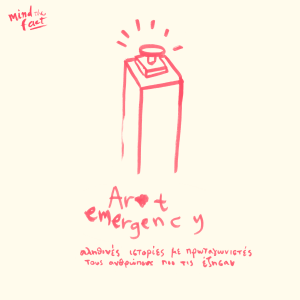 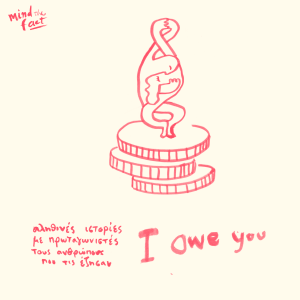 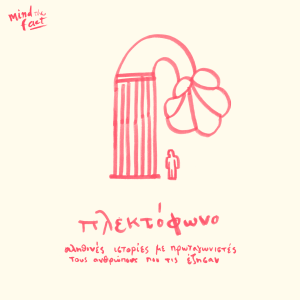 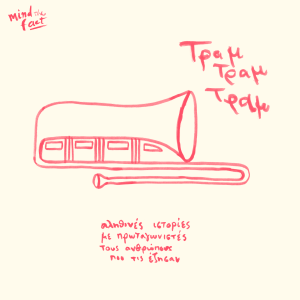 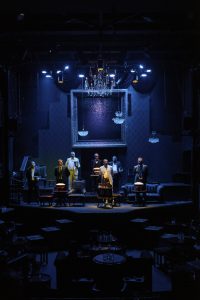 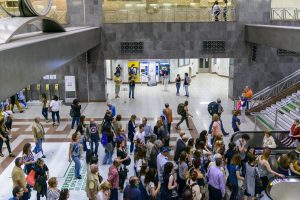 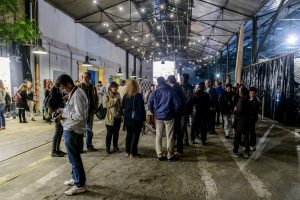 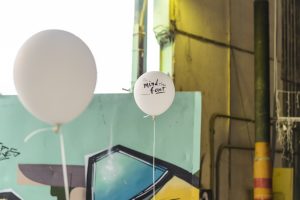 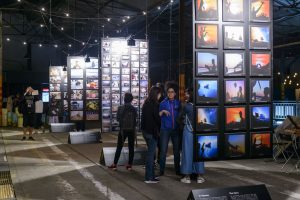 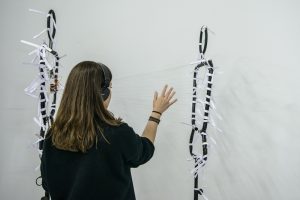 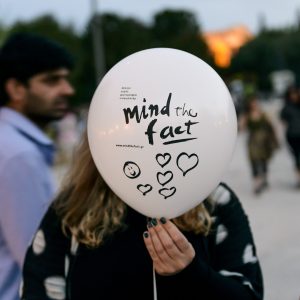 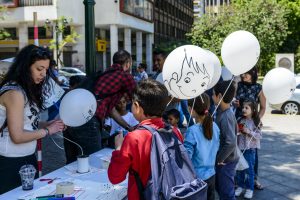 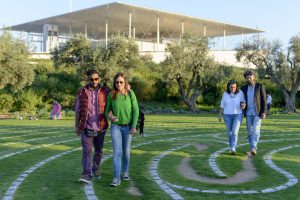 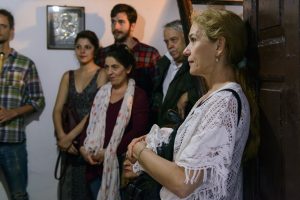 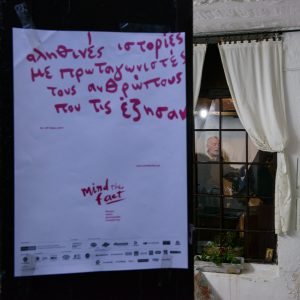 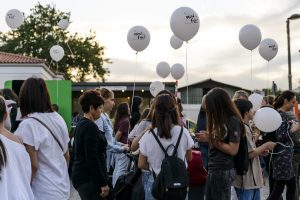